Big Maths is an approach to teaching number that aims to ensure that children are confident with number as they progress through school. It provides a rigorous and progressive structure and enables children to fully embed key skills and mathematical facts through engaging lesson. We dedicate 20 minutes each day to basic skills and improving fluency.

Every child at Oakfield can secure their number facts  through 'CLIC':

CLIC is our pacey warm-up to maths lessons and builds on children's confidence! 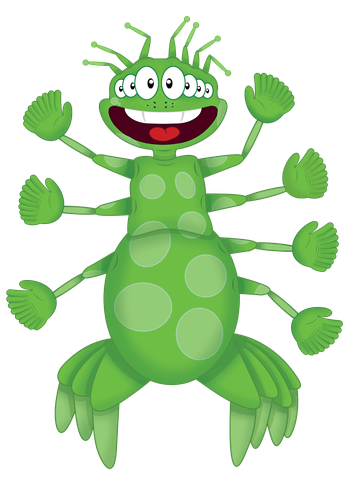 Pim is an alien from the planet CLIC

Pim is always fun and friendly. So once children accept Pim’s 3+4=7 (arms, eyes etc), they easily accept that it must be true for other ‘Learn Its’ facts. If ‘2 add 3 equals 5’ then we can use Pim to communicate that 2 add 3 will always be 5, no matter what ‘the thing’ is. 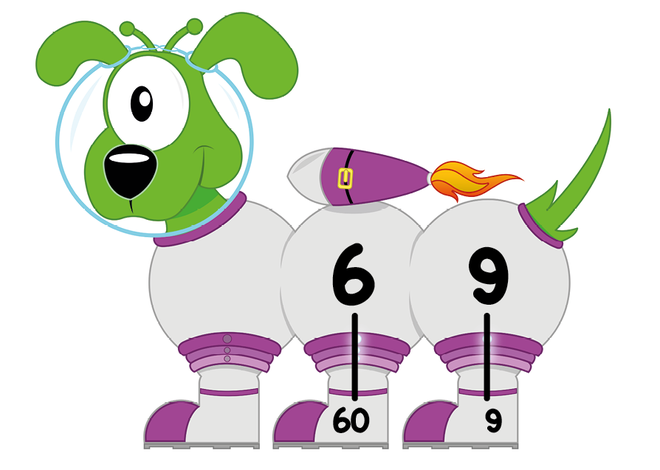 Squiggleworth is Pim’s pet and he can be used to help children have fun while they practice partitioning numbers.

Each of the 10 digits (0 – 9) and each of the 26 letters in our alphabet are just squiggles on a bit of paper. They are marks that don’t have any value in themselves. We learn to attach meaning to these squiggles and not to others. We have to help children attach the same meaning to each squiggle so that when children see the squiggle ‘4’, they think ‘four’ as a word and think of the amount that is ‘four’! There are a number of steps that help children to learn the value of squiggles (place value) and Squiggleworth is there to make it friendly and fun. The 3 segments on Squiggleworth’s body are for the digits of numbers to be written in, using his feet to show the number of zeros after each. 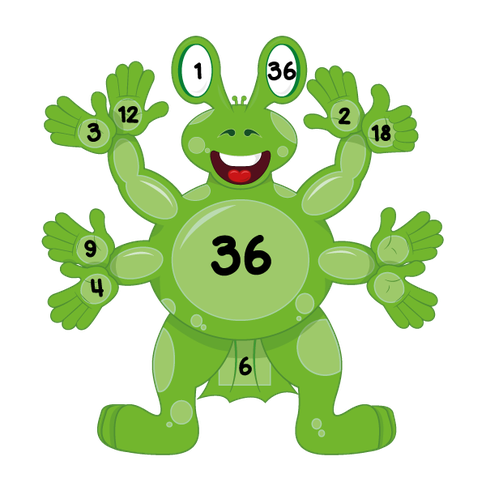 Pom is an alien, he lives with Pim on the planet CLIC.

Pom provides a fun framework for presentation. Put the product (answer) number in his tummy, then the factors can be recorded on the end of his body parts.

1 and the product itself (i.e. the number in question from his tummy) should be recorded in each eye. Always write these two factors first, always in their special place.

Then any pair of factors that are discovered are written as a pair at the end of each arm. Check that each pair multiplied together equal the number in Pom’s tummy.

If the number has a Square Root, this goes in his tail! 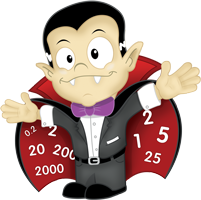 Count Fourways is an intergalactic traveller!

Meet ‘Mully Multiple’! He is known as Mully for short. Mully likes to explore and to hide. He likes to hide behind the biggest multiple of a number he can find.

Each daily maths lesson begins with a CLIC session:

Counting: Children learn to count forwards and backwards (progressing from whole numbers to ten through to counting in decimals and fractions) and to ‘count on’ from any number.

It’s Nothing New: Children apply what they have learned to acquire new skills in a simple manner.

Calculation: Children use and apply facts and knowledge from CLIC to all four operation calculation methods (addition, subtraction, multiplication and division).

As well as tracking children’s knowledge and understanding using their position on the Progress Drives, once a week the children sit two quick and easy Big Maths tests.  These are used as assessment tools that allow teachers to see exactly what the children know and what they don’t know.  They also provide children with a fun and motivational way to track their own progress and set their own targets for numeracy.  Both tests begin with fun, catchy jingles that enthuse and engage the children.

E.g. The four operations, doubling/halving, multiplying by 10/100, using decimals.  Each child works on a CLIC test of a level appropriate to them and when they have achieved full marks for three consecutive weeks will move on to a higher level test, regardless of age or year group.

The Big Maths Beat That test (BMBT): The BMBT test is based on the children’s weekly Learn Its.  It is a timed test where the children are constantly challenged to increase their own score (literally…”Beat That!”, where ‘that’ is their best ever score).

Many of the It’s Nothing New concepts are introduced and taught using fun and interactive characters.  This has proved to be a very powerful tool as the characters and the mathematical language that is associated with them is used consistently through the school and constantly referred to by both children and staff.

Each character helps children to learn and remember key principles that can be applied across a range of topics and difficulty.

Get to know the Characters...

Have a look at these Power Points, they can aid your learning.

Here are some examples of the type of activities we do in Big Maths. Take a look: